Shutdown or Shelve an instance Print

There are three options to shutdown an instances, each of them has its own benefits and billing method. 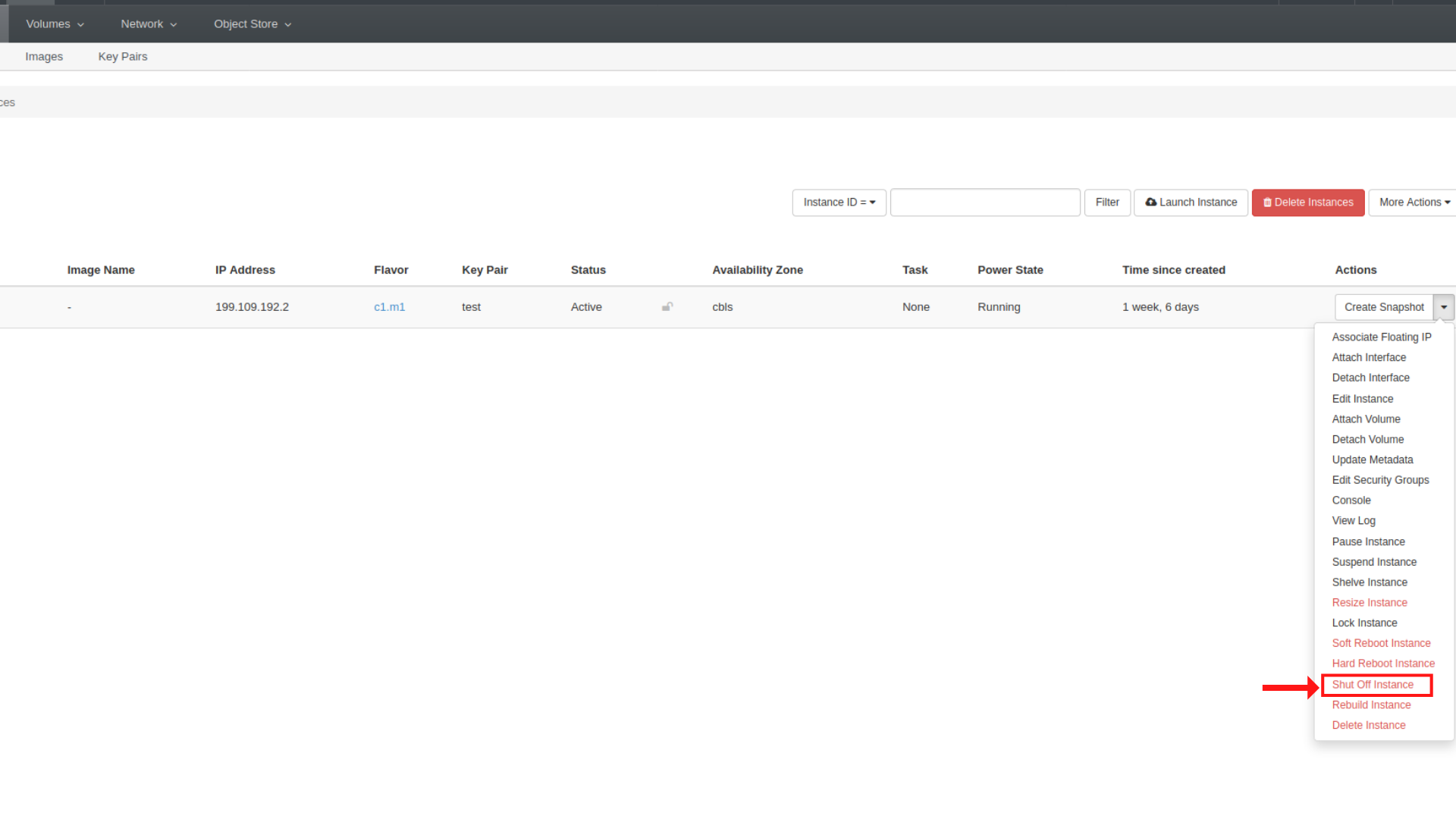 To know more about Snapshots have a look at Snapshots in Openstack
Terminate/ Delete Instance: Terminating an instance deletes the entire instance with its files and data.

Did you find it helpful? Yes No

Send feedback
Sorry we couldn't be helpful. Help us improve this article with your feedback.